Fish Oils and Why You Need Them.

Fish oil has a positive impact on most healthy adults, as it helps in weight loss, skincare, vision improvement, inflammation, mental health and cardiovascular disease as well as other less known benefits such as digestion.

There are three types of omega-3 fatty acids. All three are important for the body:

There are various types of fish which are good sources of oil; they include bluefin tuna, herring, salmon, mackerel amongst others.

Clinical trials have demonstrated that an intake of food containing Omega-3s is effective in reducing the incidence of cardiovascular diseases (CVD). Fish oil is a great source of omega-3 and therefore, may help individuals reduce the risk of heart diseases and heart arrhythmias. It also contributes to lowering elevated levels of LDL cholesterol (bad) and increases the level of HDL cholesterol (good). Omega 3 containing fish oil helps prevent the accumulation of triglycerides and also reduces the level of excess triglycerides. Preliminary research has shown that fish oil’s healthy components can be used to reduce the risk of atherosclerosis in coronary patients. Thus, regular usage of this oil may help avoid sudden cardiac death.

Many studies have shown that implementing fish oils can be beneficial in weight loss, studies are not conclusive however to categorically make a statement but they are certainly encouraging and may be linked to the fish oil acting as an appetite suppressant or allowing for triglycerides to be broken down quicker. Anti-obesity research conducted by Professor Peter Howe at the University of Studies has shown in clinical trials volunteers who were given fish oil in their diet and exercised showed greater weight loss as compared to those who did not consume it.

It is thought that regular consumption of fish oil may aid in boosting your immune system, thereby enabling you to resist the occurrence of common ailments, such as cold, cough, and flu. The omega-3 fatty acids present in fish oil are thought to bolster the immune system by affecting the activity and amount of cytokines and eicosanoids present in our body.

Fish oil may be an effective method in helping to reduce inflammation in the blood and tissues. Ideally, it is best to consume actual Omega-3 containing fish products to reap all of the beneficial nutrient interactions. Fish oil is thought by some suffering from gastrointestinal disorders–such as Celiac disease, short bowel syndrome and inflammatory bowel disease (IBD) including Crohn’s Disease and ulcerative colitis–to be effective in reducing inflammation.

Other inflammatory states including arthritis, rheumatism, Raynaud’s symptoms, may also benefit from this oil. A study conducted at Surrey University concluded that fish oil with a high DPA and EPA may help in reducing the need for large dosages of NSAIDs (non-steroidal anti-inflammatory drugs).

Due to the presence of omega-3 fatty acids, fish oil has been promoted for relieving depression, sadness, anxiety, restlessness, mental fatigue, stress, and low libido. Countries where fish is frequently eaten, have a lower incidence of depression. Multiple preliminary studies have shown Omega-3s as a promising natural solution for mood disorders; however, more research is underway to confirm these beneficial effects.

Findings of another research study suggest that fish consumption may be beneficial for women’s mental health and reduces the risk of developing depression in women. While a clear link can’t yet be established given the multiple compounds in fish, it is a good basis for suggesting that increasing Omega-3 content may be beneficial for this population.

Various research studies have demonstrated that a link exists between fatty acids and reducing the risk and slowing the progression of Alzheimer’s disease. Since fish oil is one of the best sources of essential fatty acids, including EPA and DHA, these may be a boon to those suffering. Research has shown that higher doses work better, however, it must be stated that further research is required. Other studies have also shown positive results and with further studies being conducted results are promising and even demonstrating that Omega oils act as a protective barrier against dementia.

Fish oil may have the potential to reduce the symptoms of Attention Deficit Hyperactivity Disorder (ADHD) due to its high concentration of fatty acids. For children suffering from hyperactivity, dyslexia, short attention span, low concentration, or learning disorders, fish oil may be a part of the solution.
Furthermore, it is believed that fish oil is useful in the normal development of the brain, along with helping your child concentrate on their studies. It has also been found that when pregnant women are given regular doses of fish oil, their toddlers display enhanced hand-eye coordination.

Fish oil and Omega oils have been shown to be excellent for skincare and in improving the general condition of the skin. is great for improving the condition of dry skin by making it look shiny and vibrant. Various skin problems such as eczema, psoriasis, itching, skin redness, and rashes have improved with the use of omega oils. For psoriasis, the EPA present in fish oil restricts the growth of pro-inflammatory agents by producing arachidonic acid.

Khayef et al (2012) discovered that the EPA in Omega oils could reduce the creation of sebum in hair follicles which helped to reduce acne.

Fish oil is beneficial for pregnant women as the DHA present in it helps in the development of the eyes and brain of the baby. Lack of seafood – and thus Omega-3s were linked with premature births, low birth weight, and miscarriages. It is also believed that women who do not have a sufficient intake of EPA and DHA in their diet suffer from depression after childbirth.

Fish oils rich in Omega 3 fatty acids may help improve fertility and cell division in sperm. Preliminary research conducted on animals has shown that when males are fed a diet containing fish oil, the quality of the sperm is enhanced.

How Much Fish Oil Is Safe To Consume?

Fish oil can be consumed in various ways such as capsules or can be included in daily meals. Research suggests that the dosage should not exceed three fish oil capsules per day. 1000mg of fish oil contains approximately 300mg Omega-3 fatty acids. A daily intake of 3000mg or less is commonly thought of as being safe for the general population. However, athletes and other population groups may require or need more. Pregnant and lactating women can consume approximately 3200 mg per day. 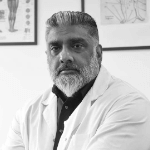 Ready for your transformation?