Microbiome and Your Mental Health

The human microbiome is made up of communities of bacteria, including viruses and fungi that live inside and outside our bodies. It plays a vital role in your health by supporting the following:

In this article, we focus on the relationship of the microbiome to your mental health. But before we get onto that, a bit more background for you.

What is Microbiome and what affects it?

Microbiome is a broad term that describes the genetic material of all the microbiota (also referred to as microbes or microorganisms) living within and outside our bodies. This includes those on the skin, hair, the respiratory tract, the gastrointestinal tract, the urogenital tract, amongst others. However, in humans, the majority of these microbiota live in our gut. In fact, the gut microbiota represent the largest and most diverse community in the human microbiome, and have been a key focus of interest and research.

Amongst the microbiota that live in and on our bodies, bacteria are the biggest players. The remaining microorganisms which make up the human microbiota include viruses, protozoa, fungi, archaea, and other microbes.

The microbiome in and on your body begins a symbiotic relationship with you from childbirth. This relationship plays a crucial role in maintaining general health and wellbeing. Over time, each community of microorganisms actively adjusts to the part of the body they’re on or in.

The microbes in your body respond to several host factors. They include genetics, age, diet, lifestyle, hormonal changes, medications, and underlying disease and infections. It’s also important to note that different parts of the body have different, distinct communities of microbes.

Your genetic makeup partly influences the number of specific bacteria found in the gut microbiota. These genes can affect your metabolism and overall wellbeing. Family members have been found to have more similar microbiota communities than people who aren’t related.

Diet has been linked as a factor that affects the composition of the gut microbiome. Studies prove that dietary changes bring about substantial and rapid changes in the makeup of the gut microbiome. For example, a study found out that the microbiome composition changed in test subjects within 24 hours of starting a high-fat and low-fibre or low-fat and high-fibre diet and remained like that throughout the study. Other studies have shown certain foods, sugars, and additives can affect the microbiome in a negative way.

While gut microbiota affects the effectiveness of drugs, studies suggest that many non-antibiotic drugs have a profound impact on the gut microbiota. Antibiotics also have a significant effect on the normal gut microbiota, which is rapid and may continue for a very long time. Specific antibiotics can actually destroy the ‘good’ bacteria as well as kill the bad bacteria.

Discover the root cause of poor gut health.

How your microbiome affects your mental health

Studies have shown that microbiome contribute to your mental health. Once again, the gut microbiome has been shown to play a major role in the development and function of the hypothalamic-pituitary–adrenal (HPA) axis. This axis mediates your stress response and is a point of interest in several mental disorders, particularly depression and anxiety disorders.

The gut microbiome is involved in several areas that affect mental health. including:

The gut microbiome plays a primary role in the induction and development of the immune system. However, gut dysbiosis is also linked to the abnormal production of inflammatory cytokines. While the cells that line your intestines prevents the movement of microbes from the gut into the bloodstream, stress has been proven to disrupt the integrity of these cells. So, when these microbes’ are detected in the bloodstream, they stimulate an inflammatory response.

Many mental health conditions are associated with chronic low-grade inflammation and immune responses such as depression and schizophrenia, which can be linked to activities of the gut microbiome. 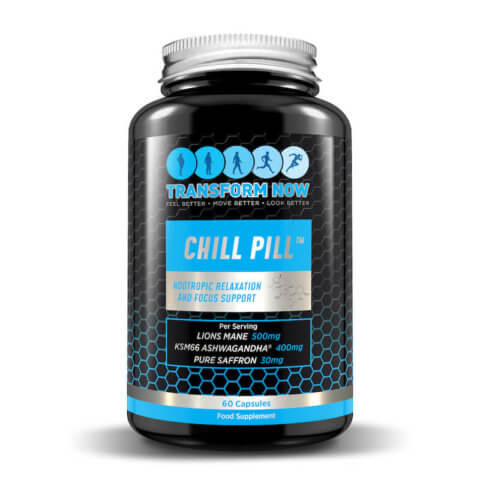 The HPA axis mediates the stress response through several interlinked interactions that result in the production of cortisol. Research shows that the gut microbiome is a key regulator of this stress pathway. Probiotics and prebiotics have been shown to reduce cortisol stress responses in people. Adverse events early on in life and chronic stress are major risk factors for depression, anxiety, and other mental health disorders. HPA axis dysfunction is a feature of many psychiatric illnesses, especially mood and anxiety disorders.

Gut bacteria can produce neurotransmitters used in the body directly. These neurotransmitters include serotonin, GABA, noradrenaline, dopamine, and acetylcholine. They also produce short-chain fatty acids such as butyrate, which is beneficial to the brain. The amounts produced, however, are unlikely to influence human neurotransmission. However, butyrate has been proven to have antidepressive and antimanic effects. It has shown promise in studies of Huntington’s, Parkinson’s, and Alzheimer’s disease.

Kynurenine and QA are have been suggested to cause depression, while KA is said to have properties that may protect the nervous system. Any imbalance in these chemicals may be associated with depression.

While several studies have shown that the gut microbiome and what it does may have unfavourable effects on your mental health, they have been proven to be beneficial as well.  Using beneficial bacteria in the gut, through the use of probiotics such as TransformNow’s Pro-50 Fusion and prebiotics has been reported to improve mood and reduce anxiety in both healthy people and people living with mental health conditions.

How to Increase Testosterone Naturally.

Why Do Testosterone Levels Matter?

Fish Oils and Why You Need Them.

Take control of your health with advice from our experts.

Enquire about our blood tests.